It is pretty phenomenal to see how humans evolve if they are open to change.

In my observations of people though, it is baffling to witness others who can’t accept another person, trying to change. The baffling part exists because that person almost looks like they are oil and water in a frying pan, bubbling around angrily (cue visualization.)

These people, well they have no idea what to do or where to go. As people in their lives evolve and make positive changes, they are just stuck. They are stuck fighting their way around, until something happens and well typically it’s not good. People unravel as they see people starting to change. I still have not figured out why but it is like they’re mad that they are still stuck. The ironic part is, they don’t have to be stuck.

You see a lot has changed in my life over the past few years. A large majority of the changes have more often than not, been positive changes (thank God.) A lot of the positive changes I attribute to one thing. Realizing, my energy is better utilized, focusing on the people and things that matter. Utilizing my valuable energy on bullshit, is something I have zero time for.

So evolution, well it isn’t all just rainbows and butterflies. There have been changes that required making myself very uncomfortable too (poor me.) I mean I am human. I have fucked up. I have made bad choices. Ok, really bad choices. I have been undeserving, at times, of people and things as well. I mean, I  have been so ugly at some points in my life too, I am not ashamed to admit that. I have ripped myself up from the inside out during this process of change. Trying to move forward and adjust my life accordingly. The positive thing is, that the causes of our pain and discomfort also help us to propel forward.

Anyway, as I deal with my life evolving I realize the trials and tribulations attached to it.  What you see is what you get. I do not ever pretend to be someone I am not. That will always stand true. Which is why I have a difficult time dealing with people who are genuinely, fake.

Basically, one thing that I have learned as I make changes to improve my life , is that there is no longer any room for people I can’t trust. I have always wondered why trust was such a hard concept for people. Like just be a good fucking person and rally for the people you have in your life. You don’t have to be their number one fan but you shouldn’t be a motor mouth either. Just keep it real. Be good, get good. Simple karma. 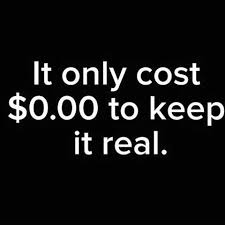 The main gripe about all of this is there are so many people who constantly talk shit. The ironic part about that is after talking shit they have no problem smiling at you. FAKE and people aren’t stupid. Everyone can spot a knockoff Coach bag at this point, if ya catch my drift.

I know this is real life, people deal with this behavior, like it’s normal, but it’s not. The difficult part is, that we believe we have to accept this type of behavior too. I mean why should you not be able to trust the people in your life? That is fucking sad. If you can’t trust someone or count on them, then don’t count them.

Honestly, I can count on one hand, the people I trust in my life and it’s actually less than a handful. I confide in about four people on this Earth, at this stage in the game. I have found out that I like it that way too. It makes me feel a lot happier, believe it or not.

So here is my life rule. One that I have found a lot of success following. If you want to be genuinely, REAL. Do this too. You’re welcome.

You better believe anything that comes out of my mouth, comes out with the knowledge that it will be passed forward by someone. I have lived a large majority of my life only telling people the things I know I would not be upset if other people found out. Duh, how can we get mad or feel let down, if we shared it from our mouth?

I also follow this same rule of thumb, when a conversation with others, turns into talking shit. Would I, without hesitation, admit to this person that I was involved in talking shit about them?

If the answer is yes, carry on.

If the answer is no, shut up.

I have to tell you, this has made my life quite different. I am a lot quieter. I realize how poorly people behave from observing them in my business too. I overhear way too much. A large majority of the time, the other person is physically present in the same environment, they’re just not within earshot. On occassion the person isn’t there though. I don’t know which one is more fucked up to be honest.

Her husband just told her he wants a divorce

Look at her pretending no one knows, what an idiot. Should she really be spending money, if her husband is leaving her?

– I am making an assumption but she doesn’t look like the idiot right now. You do.

This is so troublesome. It legit makes me ill, hearing grown ass women act like this. How can you be “friends” with someone and when they turn their backs, you literally rip them to shreds? News Flash, she’s not your friend.

There is so much of this type of bullshit. I know through telepathy, that you are nodding in agreement.

It is like we have disconnected our ability to be genuine, trustworthy, kind, compassionate and REAL. If there is one thing about me. I will always keep it real. I am an open book. What you see is what you get. I have a problem with people who can’t/don’t do the same. Do you not like yourself, enough to be YOU?

I promise when you stop surrounding yourself with genuinely, fake people, giving a fuck about what they think, what they do, who they talk shit about, what is going on with this one and that one, you will have more time to focus on YOU. The only person that truly matters. Be real. Be cool. Don’t be genuinely, fake.

Continue “Doing Life” your way, not theirs.